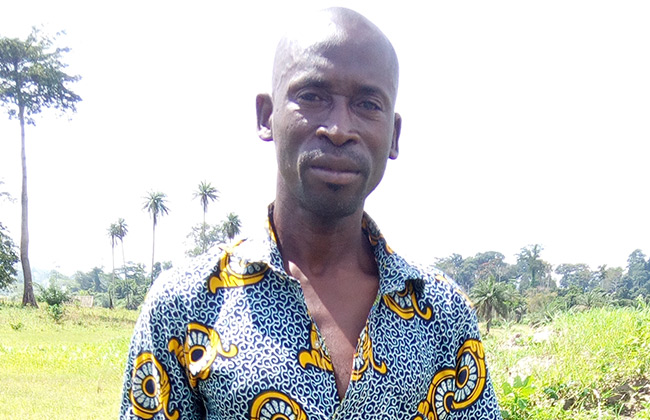 Lamine is a dynamic forty-year-old who made a stealthy transition to school because his parents very quickly found themselves unable to continue his schooling. Although he is a teenager, he enthusiastically welcomes his older brother's invitation to join him in Lakota to consider becoming a farmer. Thus, Lamine has been involved in cocoa and rice cultivation for 22 years now, and they no longer hold any secrets for him.

He is asking for the support of supporters to create a new field of ½ hectare of rice, which will allow him to better care for his children.

Concerned about their well-being and success, Lamine plans to open a small store selling agricultural products with the profits he will obtain from his sales.