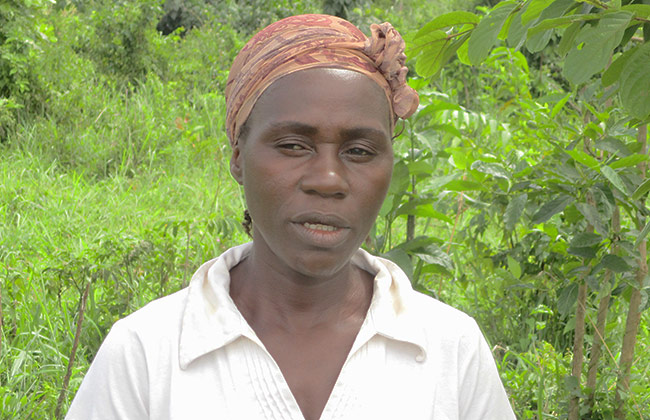 Wahoue was strongly affected by the loss of both her parents when she was only 11 years old. She, who was planning a great career as a sportswoman, first found herself in Vavoua where she continued her studies until the 3rd grade. Lacking the means to afford the costs of her classes, she had to resign herself to returning to the village. After trying to sell children's clothes without much success, she decided to start growing cassava and beans. Twenty-five years have passed since then, and Wahoue the fighter continues her work as a farmer to help her husband with the schooling of their seven children.

She is asking for the support of supporters to create a small plot of groundnuts of ½ hectare.

Wahoue has a great dream of creating a daycare centre in her native community. She wants to make her children future great entrepreneurs, and thinks she can give them an example of perseverance through this project.